There are a wide range of disorders and conditions that affect the muscles, joint and bones in children. These conditions may be heredity or caused by injury or inflammation, and are particularly common in those children living highly active lifestyles. A list of the common childhood musculoskeletal conditions that we can treat at Mike Varney Physiotherapy can be seen below. All of the conditions are treated with massage, ultrasound therapy, interferential therapy, kinesio taping and exercises at home.

Sever’s Disease is an inflammation of the growth plate in the heel causing pain in growing children. The condition is particularly common in active children and is caused by repetitive stress to the heel. It usually resolves once the bone has completed growth or activity is lessened. Generally there will be no swelling or redness over the Achilles and heel so diagnosing Sever’s Disease can be difficult. The main clinical diagnostic tool is a squeeze test which can be performed by a qualified physiotherapist. Symptoms of Sever’s Disease include: 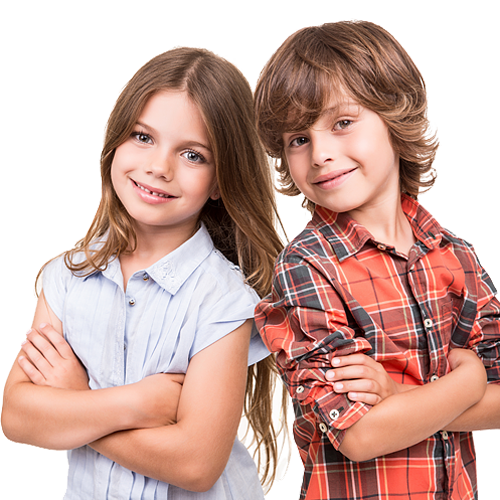 Osgood-Schlatters Disease is a common condition that causes knee pain in older children and teenagers, especially those who are active in sport. Activities that include a lot of jumping and bending tend to aggravate the disease. The pull of the quadriceps in the thigh can place extraordinary tension on the patella tendon, which binds to the shin bone. This tension causes traction on the tendon under the knee cap, pulling it away from the shin and resulting in swelling and pain. Symptoms of Osgood-Schlatter disease include:

Scheuermann’s disease or Juvenile Kyphosis is the most common cause of a hunchback type posture in adolescence. The normal curvature of the thoracic spine is between 20° and 50°. A child with a curve more than 50°, where the spine has a wedge of more than 5° in three vertebrae is diagnosed Scheuermann’s disease. It usually presents in children aged between 13 and 16 years old and more commonly in boys. Symptoms usually include:

Scoliosis is a term describing a curve in the spine that bends from side to side. On an x-ray the spine looks more like an ‘S’ or a ‘C’ than a straight line. Scoliosis develops in the middle or late childhood, before puberty, and is seen more often in girls than boys. Parent’s should watch for the signs that a scoliosis is beginning, generally when their child is about 8 years of age, however treatment will not be needed in cases less than a 50° curve. Symptoms include:

Slipped capital femoral epiphysis (SCFE) is the most common hip disorder among young adolescents. SCFE occurs when the cartilage plate (epiphysis) at the top of the thighbone (femur) slips out of place. In a child that is growing, the plate controls the way the top of the femur grows. Problems may include an inability to turn the hip inward and the foot outward. Often the pain is in the knee or thigh first. SCFE is seen most commonly in Children aged between 10-18 who are overweight or athletic. It is important to recognise SCFE early and get the treatment the child needs right away. Surgery is less complicated and the outcome is better the sooner you get it done. If you don’t treat SCFE, a child’s deformities will get worse, and arthritis may set in.

Sinding Larsen Johansson Syndrome is an inflammation of the bone at the bottom of the kneecap, where the tendon from the shin bone attaches. It is a common condition linked closely to adolescent growth spurts causing localised pain and swelling at the front of the knee. Similarly to Osgood Schlatter’s strong repetitive quadriceps contractions are thought to cause traction to the lower part of the knee cap, disrupting the immature bone and causing pain. Patients are typically active boys aged 10 to 13 years but can also affect active girls a couple of years younger. Symptoms consist of:

Legg-Calve-Perthes disease (Perthes Disease) is a childhood disorder which affects the head of the thigh bone (femur). The blood supply to the growth plate is reduced causing some cell death at the end of the thigh bone. As a result the bone softens and breaks down. The condition usually begins with hip or groin pain, or a limp. If the pain persists there may be wasting of the muscles in the upper thigh, shortening of the leg and stiffness of the hip, which can restrict movement and cause problems with walking.